We're committed to expanding our impact through collaboration and investment. The DriveAbout business model offers longterm growth in significant markets around the world. DriveAbout offers many diverse opportunities for business development. With business growth based on sales of core DriveAbout content, as well as tailored industry or business-specific content, digital assets can be made available to corporates, industry bodies, government, schools, and not-for-profit entities using different platforms. Content can be modularised and customised based on user needs, with additional support and services bundled into an enterprise agreement. 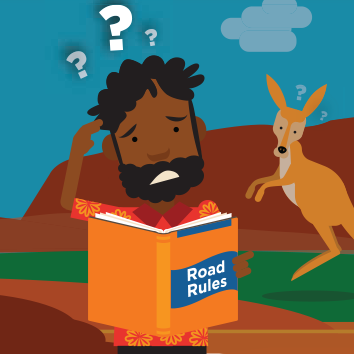 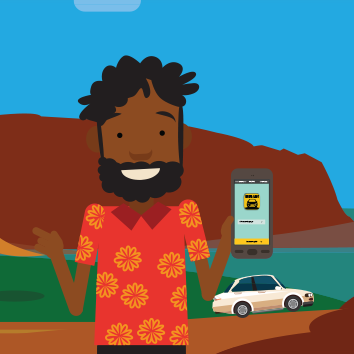 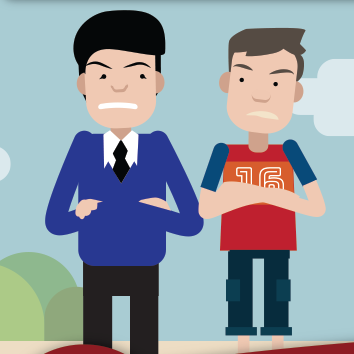 2. Pre-learners
Many of our kids aren’t reading the road rule book 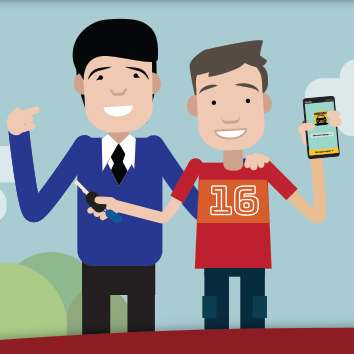 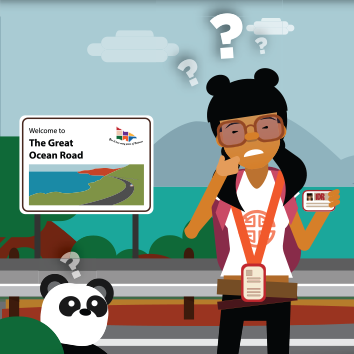 3. Learners and instructors
Learner drivers and those teaching them could communicate better 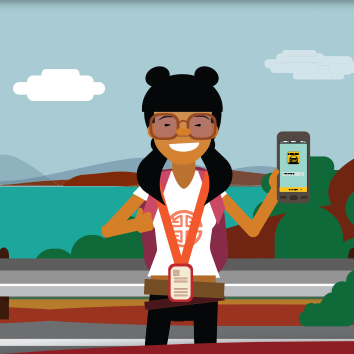 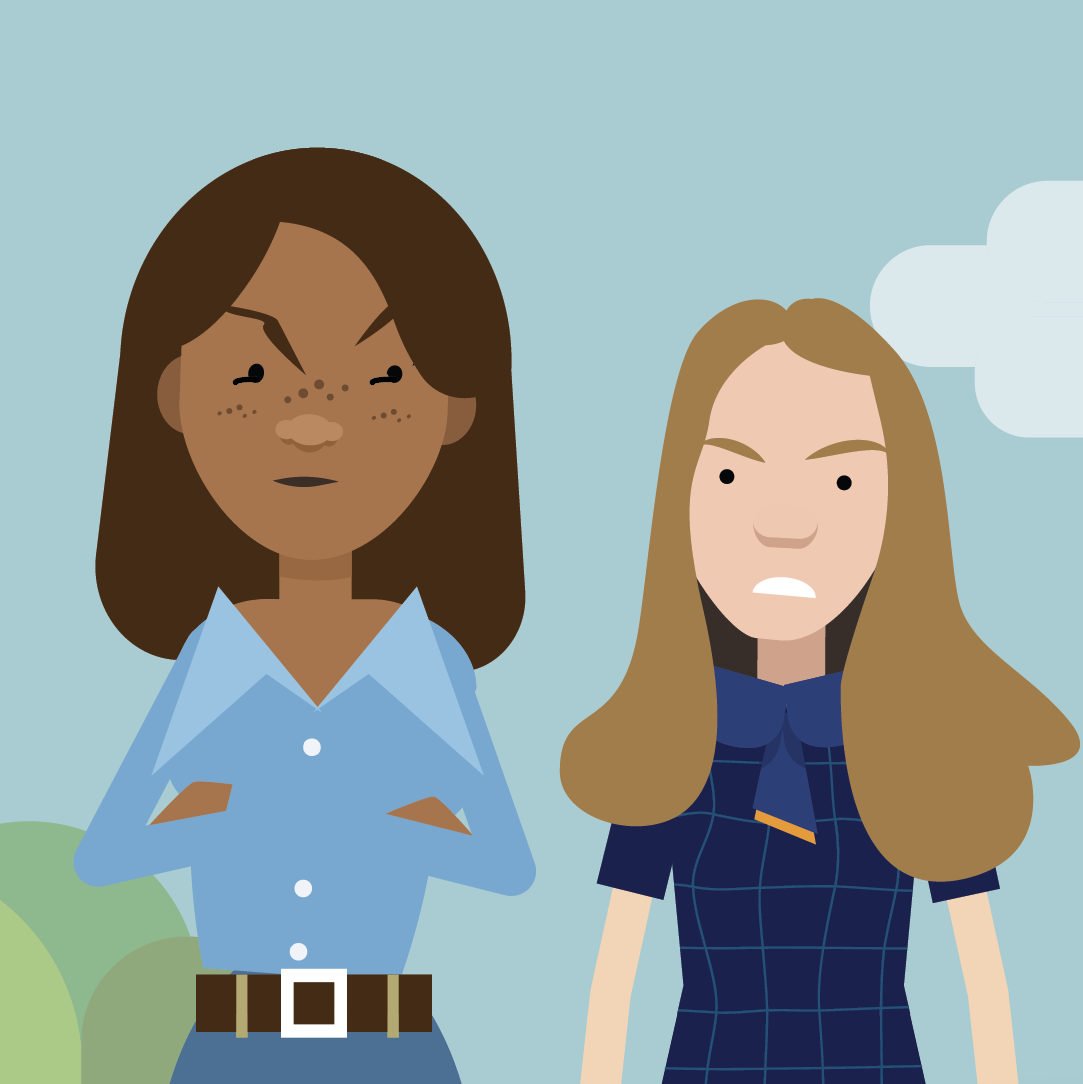 4. Mum and dad
Only time parents refresh on the road rules is when they teach their kids

Parents can feel confident by refreshing and re learning 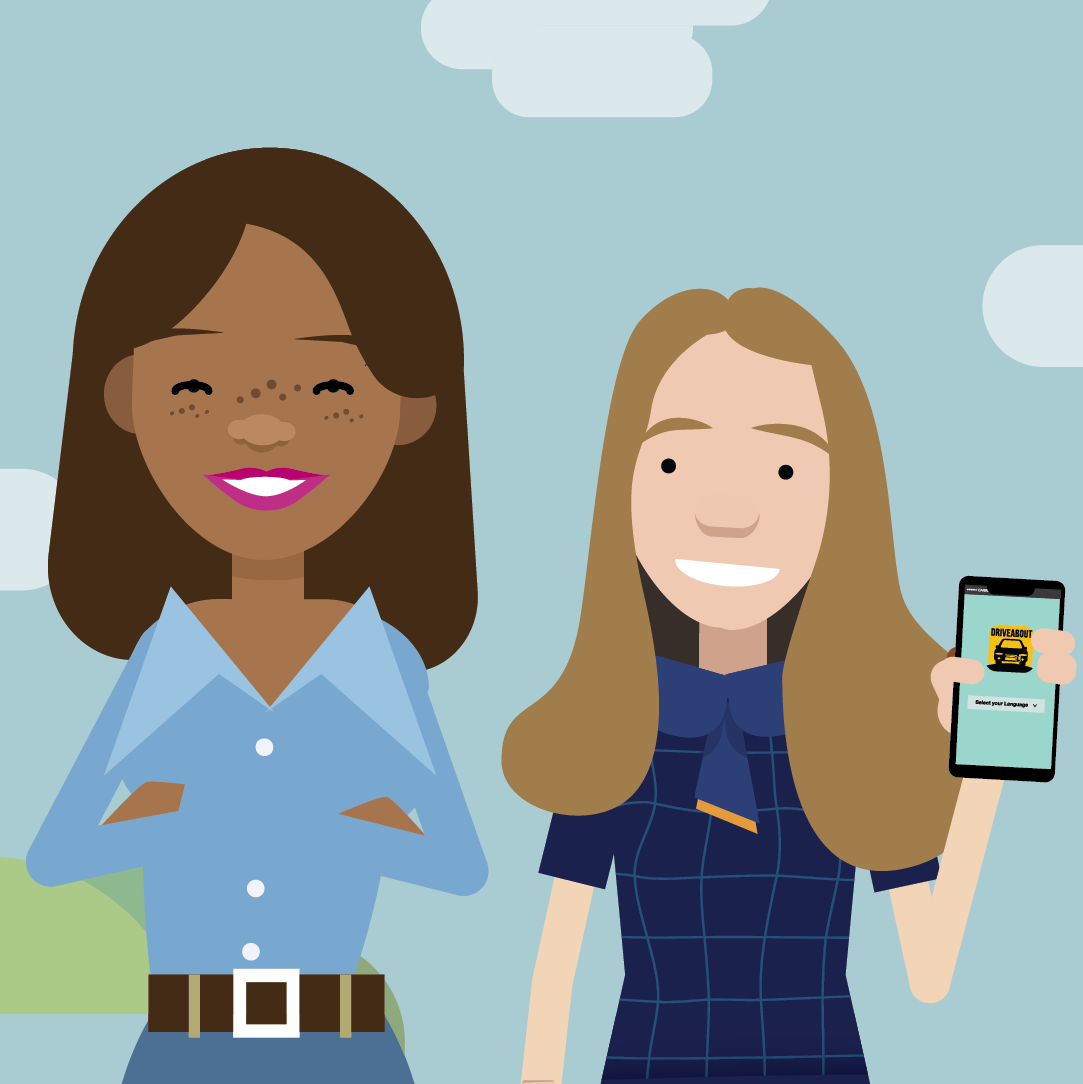 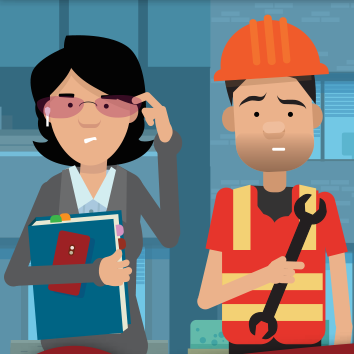 5. Employers & employees
Biggest killer in the workplace is road trauma

Employers can manage risk of employee road safety via education 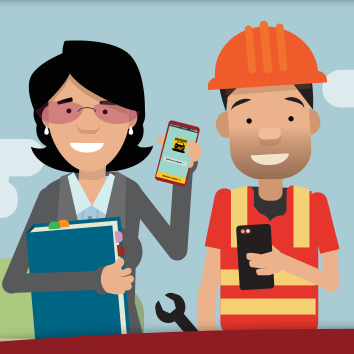 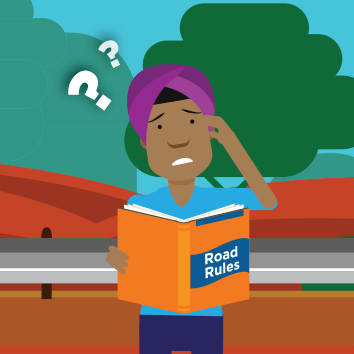 6. Share drivers
Many new Australians’ learning language is not English

New Australians can learn in their own language 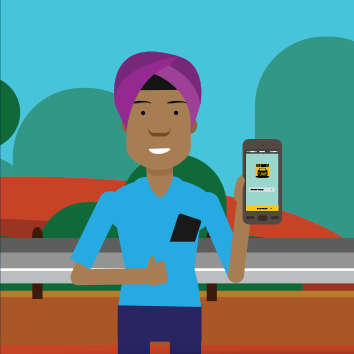 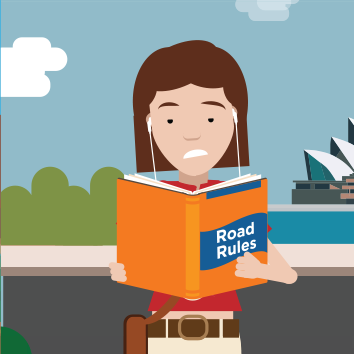 7. International visitors
In many cases are not tested on our road rules 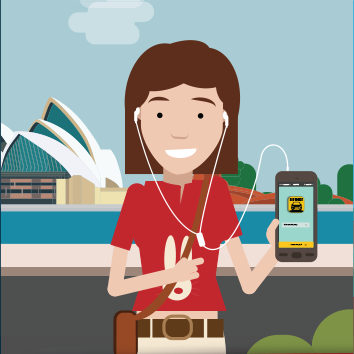 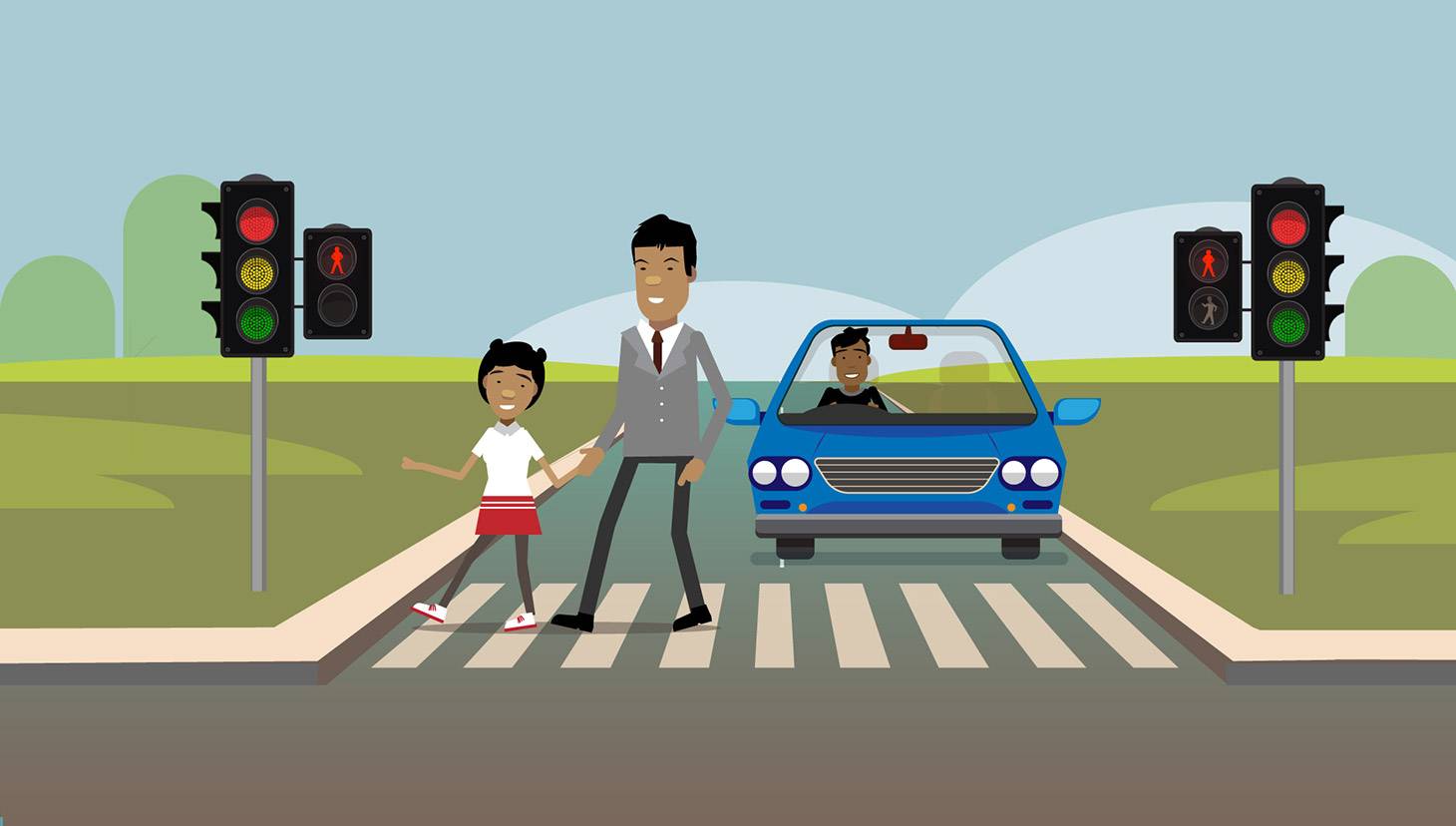 Depending on the individual needs and preferences of each customer
and government regulatory requirements, client packages can be delivered
via a range of delivery platforms and channels.

Mobile apps
‍
Mobile Apps provide access wherever a user is based and currently offers personal login and progress tracking facilities along with back-end data collection and reporting. The DA App in English also offers a module based, randomised question knowledge testing regime which allows participants to progress once they have mastered material in the current module.

Apps offer a licensee the potential for own branding and provide spaces for the inclusion of targeted road safety or other relevant messaging.

Web-based access
‍
Web-based access can allow a licensee to provide browser- based access to customer contextualised packages of materials, directly from a resource menu or via access to an e-Book, located within their own system architecture providing system security and access control.

If chosen, a licensee could also provide open access to relevant materials though links on their public-facing web presence either through a specially designed eBook or via menu-based access.

Participants can be provided access to animations as a group via on-screen presentation or via e-Book access on individual desk-top or mobile devices.

Community education opportunities can also be arranged at service centres, shopping complexes, and other public locations through screen-based looping of either all materials or targeted issue specific packages.

‍High Risk Employee Groups
Safework Australia has identified transport related incidents as the providing the greatest risk of workplace injury and death. The Institute of Company Directors has also identified it as the greatest compliance and governance risk confronting businesses. Given the tyranny of distance in the Australia, employees are regularly confronted with long trips, often on unsealed roads, in varying weather conditions and, on occasion, solo. A tailored package could refresh familiarity with hazards and moderate the risk to them and employers.

Leadership towards zero
Governments to take responsibilty for Road Safety Strategy by including a road rules refresher and in-app testing in the annual staff performance review process would be a simple and effective way to demonstrate agency leadership across government to the community. The same package could be offered to encourage other businesses to sign up to a Towards Zero Compact with their staff and to encourage the parents of learner drivers to refresh their own knowledge.

Point to Point Transport Providers
Taxi, ride share and mini-bus drivers are expected to provide safe and secure transport point to point public transport options though a regulated licensing system. Drivers could be presented with a contextualised modular package both at the point of training for entry to the industry and at the point of licence renewal. Many entrants to these occupations are also overseas drivers whose first language is not English. Key language versions are already available and more can be added as required. Access to the package could be provided and managed directly through registries or provided as a resource to driver training providers.

Overseas Visitors
Overseas visitors are demonstrably at risk on unfamiliar roads for a range of reasons already well understood. While paper-based materials distributed widely though tourism and motoring services outlets, tailored subset of key road rules and risk materials would be invaluable for tourists.

Overseas Licence Transfers
Even those transferring licences at class from recognised countries might in future be required to undertake a road rules briefing to familiarise themselves with the different road use and traffic conditions in any new country of residence. A targeted package of core road rules and road use materials could be provided to them as part of the licence transfer process. Novice drivers and those from non-recognised countries who require additional training and assessment would also benefit from access to the material as part of their preparation. Availability in a number of languages also improves access.

Stuart is the father of teenage boys who first saw the potential of DriveAbout to educate and change lives. He brings excellent governance and investor expertise to DriveAbout. He is the Director and General Manager of Austal Service Darwin an organisation servicing Defence, Mining, Oil & Gas, Marine, Civil Construction and Earthmoving Industries across Northern Australia.

He has also held senior executive roles in publicly listed companies with 500 staff and is the former CEO of the NT Cattlemen’s Association.

Stuart holds several Corporate Director roles and is an active member of the Chamber of Commerce NT, the current chairman of the Manufacturers Council NT and a strong proponent of continued business growth in the manufacturing sector in the Northern Territory.

Vanessa was previous head of Strategy and Innovation at CommBank when she first saw the prototype of DriveAbout. As a mother of teenage children as well as a person at the forefront of DriveAbout she joined the team based on her belief in this innovative product.

A strong communicator and leader with a focus on developing relationships and credibility to influence change and support performance across all organisational levels, Vanessa has the ability to listen, interpret and deliver outcomes that meet the needs of multiple stakeholders with diverse requirements.

Vanessa has held a number of executive roles, responsible for developing business strategies and leading complex change and cultural transformations and the development of an innovation strategy including new capabilities and most recently responsible for developing and implementing culture, diversity, talent, leadership and capability strategies, aligned to the people strategies of the Technology, Finance and Bankwest lines of business in the Commonwealth Bank Group.

Clinton Hoffmann a Fellow of the Institute of Chartered Accountants and the Australian Institute of Company Directors. Clinton is an accredited Trainer with over twenty-eight years of experience in the assurance, tax and consulting fields; 10 years predominately with EY and nearly the rest with Ambrose Solutions.

He founded Ambrose in 2001 and drives change and achieves results by providing innovative solutions across many areas, including in the challenging cross-cultural setting of Indigenous Australia. He uses his skills and experience and aligns with international organisations to build poverty alleviation and empowerment models and focuses on solving problems worldwide through scalable education.

Clinton is a disruptor, a social entrepreneur and above all person who likes to get things done. His profile in the EdTech sector is growing as a result of his innovative products for business, governance, mental wellbeing and road safety. These products all have a common theme of mitigating risk at scale through EdTech, achieving his mission to empower people and save lives.

Clinton and his team won two Awards at the 2019 Australian Road Safety Awards for their innovative and highly accredited DriveAbout – road rule and road safety app.

Paul is a pragmatist and a risk-based realist and rates DriveAbout highly. In an interesting story first saw it as an idea in before seeing the idea come to reality in the App store some five years later. Paul has extensive senior executive experience both in Australia and the UK, in all levels of government, the not for profit sector and as a small business operator. He also has a broad background in transport, social welfare, community development, program evaluation and design consultancy, facilitation, negotiation and training in the UK and Australia.

Paul has occupied a range of senior positions in a range of government Departments, including transport, education, local government and the Department of the Chief Minister focused on policy and program development, community engagement, responsibility for remote services development and the leadership of large teams delivering core public services.

Most recently Paul was Executive Director, Transport Services in the Norther Territory, including the statutory role of Registrar of Motor Vehicles and responsibility for transport regulation, including registration, licensing and heavy vehicles, marine and road safety and public transport.

Chris is an educationalist in CALD and Indigenous markets. He has followed the path of DriveAbout and continues to add valuable EdTech strategy to its development.

He is a dedicated business professional and trusted leader with a proven decision-making capability, acknowledged for operational excellence and leadership throughout intricate transitions.

As a business developer and strategist that specialises in the development of sustainable social enterprises, Chris drove the Indigenous training and employment goals of Government-led initiatives across a number of program areas for both the Australian and Northern Territory Governments.

Kaye Hall is the head of content development for DriveAbout and was responsible for developing all the program’s educational content. This involved analysing the existing road rule books for four States and Territories and working with jurisdiction officers to translate this into program content, the creation of a bespoke learning management system, blended learning model production, all competency-based content, language version creation, animation interface and regulatory validation.

Kaye has also worked to create new content for the DriveAbout App, for the HVSI and has worked on the international language versions as well as overseeing the gamification prototype ensuring DriveAbout’s updating, continuing development and preparation for new markets and new applications.

Peter has seen DriveAbout since inception and is a key strategist in respect of helping DriveAbout achieve its social impact. Peter has dedicated his energy and focus to achieving similar outcomes with a focus on always achieving a blend of social and economic returns. The outcomes are often broadly recognised under a wider banner of ‘social innovation’.

Peter has worked throughout Australia and spoken internationally on the subject of incubating and scaling social enterprise, specifically through Social Franchising.

DriveAbout World Pty Limited (the ‘Company’) has the exclusive assignment of property, right, title, and interest (both legal and beneficial) in the intellectual property of ‘DriveAbout’ except New Zealand and India.